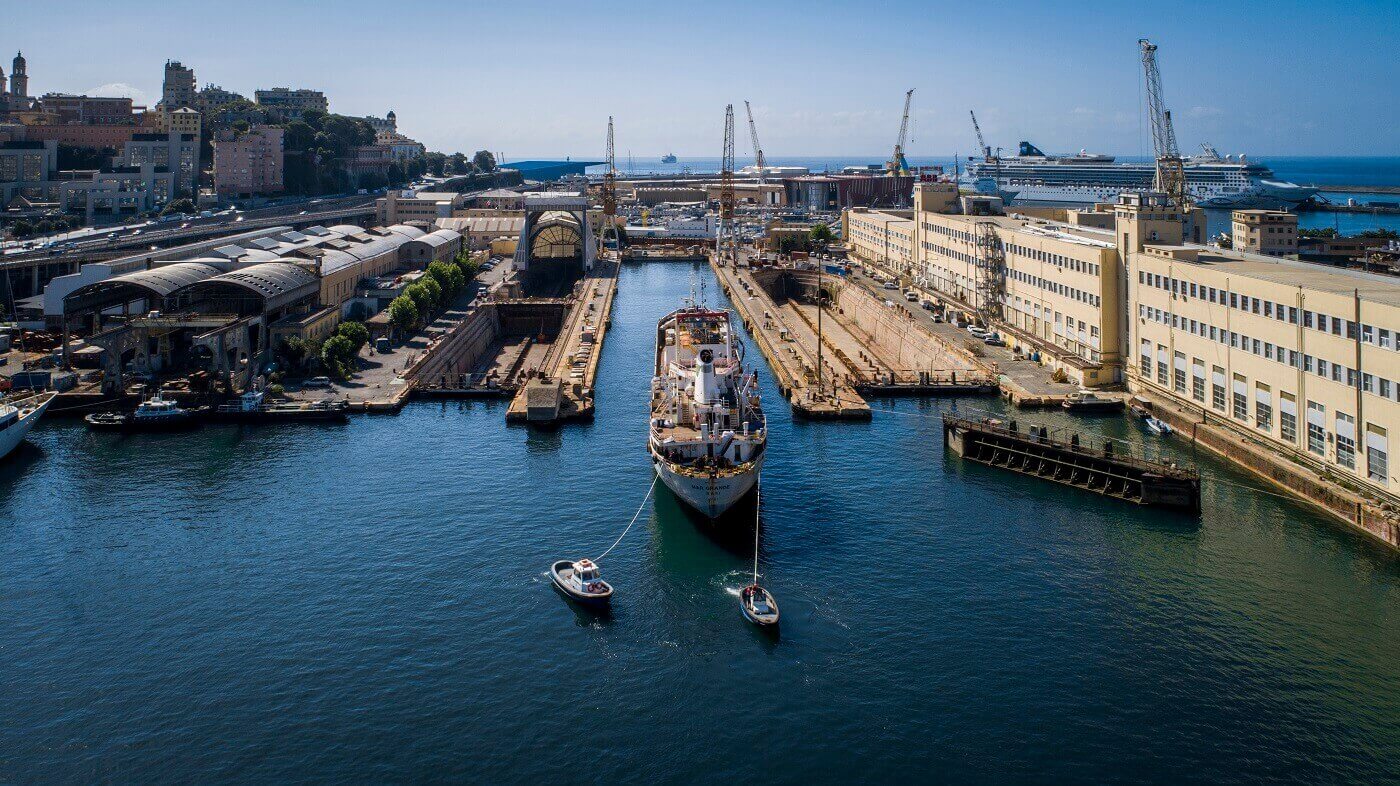 San Giorgio Del Porto said that they are “perplexed and outraged” by the sanctions imposed in recent days for the operations performed by Chantier Naval de Marseille and its former president, Jacques Hardelay.

The company communicated its bitterness towards the sanctions and its intention to file an appeal: “We were the first and only ones in the port to present a request for ICPE authorization (Installations Classées pour la Protection de l'Environnement, or Classified Plants for the Protection of the Environment), precisely for the purpose of being compliant on environmental issues”.

The French press reported that in recent days CNDM (Chantier Naval de Marseille), a subsidiary of the Genoese San Giorgio del Porto which manages the repair docks in the port of Marseille, was sanctioned for not setting up a recovery system for polluted waters despite receiving several injunctions in the past. Additionally, the construction site received a fine of 301,500 euros, and former president Jacques Hardelay received two fines of 60,000 and 1,500 euros respectively.

Le Marin highlighted the story saying that the sanctions came for discharging fairing water without adequate treatment between September 2019 and November 2020 despite receiving warnings from the prefecture. However, the construction of the water recovery system from the refit modules was not yet prepared which is the responsibility of the Grand Port Maritime de Marseille (the port authority of the ports of Marseille and Fos sur Mer). CNDM prepared a provisional solution in the meantime, but it was deemed insufficient.

The legal case has been spearheaded by the Environmental Associations of France, The Nature Environment Provence-Alpes-Côte d'Azur and France Nature Environnement Bouches-du-Rhône for failure to comply with the ICPE legislation, which each organization seeking damages worth 10,000 euros each.